Asisa – a member of the HLA group – is one of the leading insurance companies in Spain, with its own healthcare network consisting of 16 hospitals and more than 10,000 subsidized centers. They needed to provide a fast and high quality response to their patients’ requests for medical appointments, which led them to choose Vozitel’s CallBots technology.

“The appointment management service had, and still has, a call curve that is very complex to cover with telephone managers alone, and in order to provide the best possible service, we needed to improve service on certain days and in certain time frames. As a result, we came up with the proposal to adopt a scalable, high-quality callbot solution”, says Joaquín Juridíaz, head of customer service channels at Asisa.

As previously mentioned, there were several issues that led HLA to look for an alternatives that would not only solve their challenges, but also allow them to offer a better service to their customers, some of these challenges were:

In June of 2020 Asisa approached Vozitel in order to explore the possibilities of solving the challenges previously mentioned, and it was decided that the best solution would be to automate their appointment management process through the implementation of a virtual agent or CallBot. It was necessary to reduce the cost per appointment, while guaranteeing the best customer service. Asisa was specifically looking for “a final product, that was closed and tested and that could be easily adapted to the requirements of the business and that could be implemented quickly”. 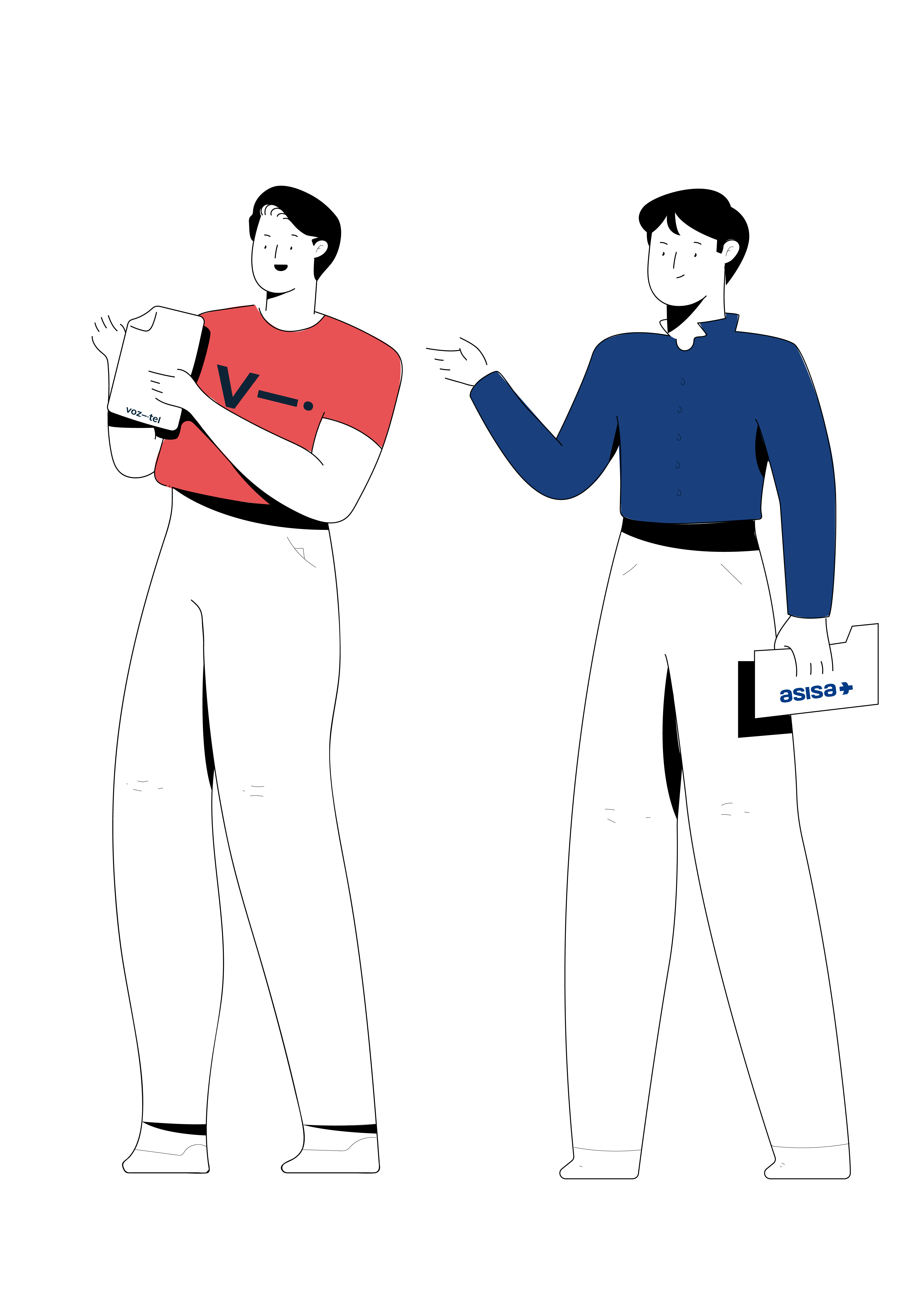 Until that moment, Asisa was managing its medical appointments through its Call Center, in addition its medical centers had different IVR configurations. Vozitel proposed the integration of a virtual agent or CallBot for the management of medical appointments through voice, which would be in charge of the low value tasks, thus generating a lower cost per completed appointment. In addition, the combination of this Artificial Intelligence together with the experience of ASISA’s staff would contribute to generate the best user experience.

Then, the best implementation route was determined and the integration of the virtual agent or CallBot for the management of medical appointments was continued, this was achieved through different phases:

A series of meetings were held with Asisa in order to understand their motivation, issues, and the expected results of the appointment automation process. The project started, by requesting Asisa audios of the agents performing the complete appointment process and the technical manuals of the database. Crucial data for the launching of the project.

This was the most technical phase of the project, in which the following aspects were developed:

The CallBot was gradually introduced in Asisa’s centers and hospitals, this phase was implemented as follows:

After the implementation of the CallBot in all the centers, weekly meetings were scheduled to evaluate the results, propose improvements in the flow and resolve possible issues.

Currently, meetings are held every two weeks to review CallBot performance and identify possible improvements in the flow, reports, or procedures. 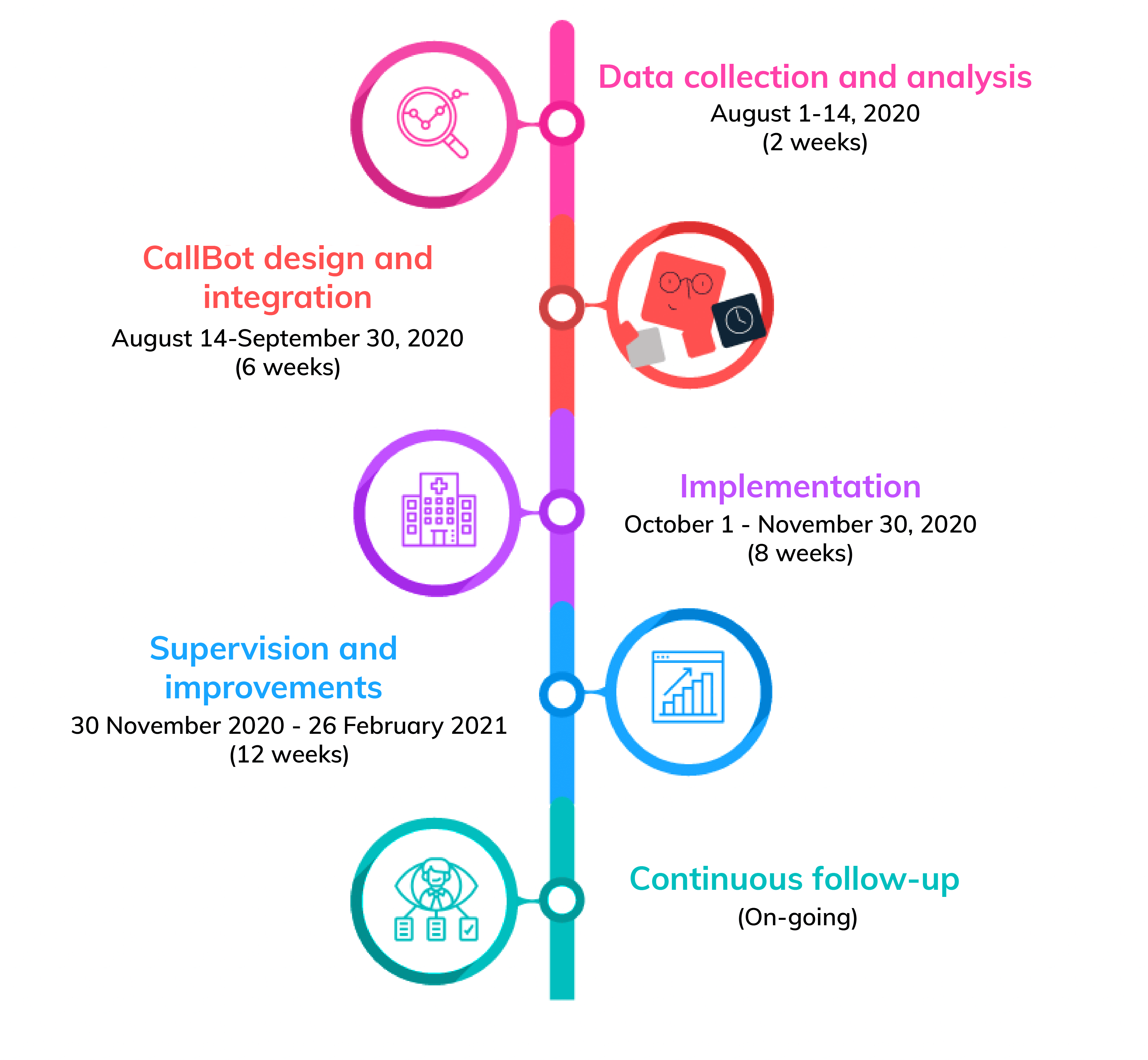 This process enabled the management of appointments under a combination of Virtual Agents and humans, the consolidation of a single IVR that decides whether to transfer the call to the CallBot or to an agent depending on the reason for the consultation, and finally, the integration of the appointments managed by the CallBot in its management software Green Cube via API. 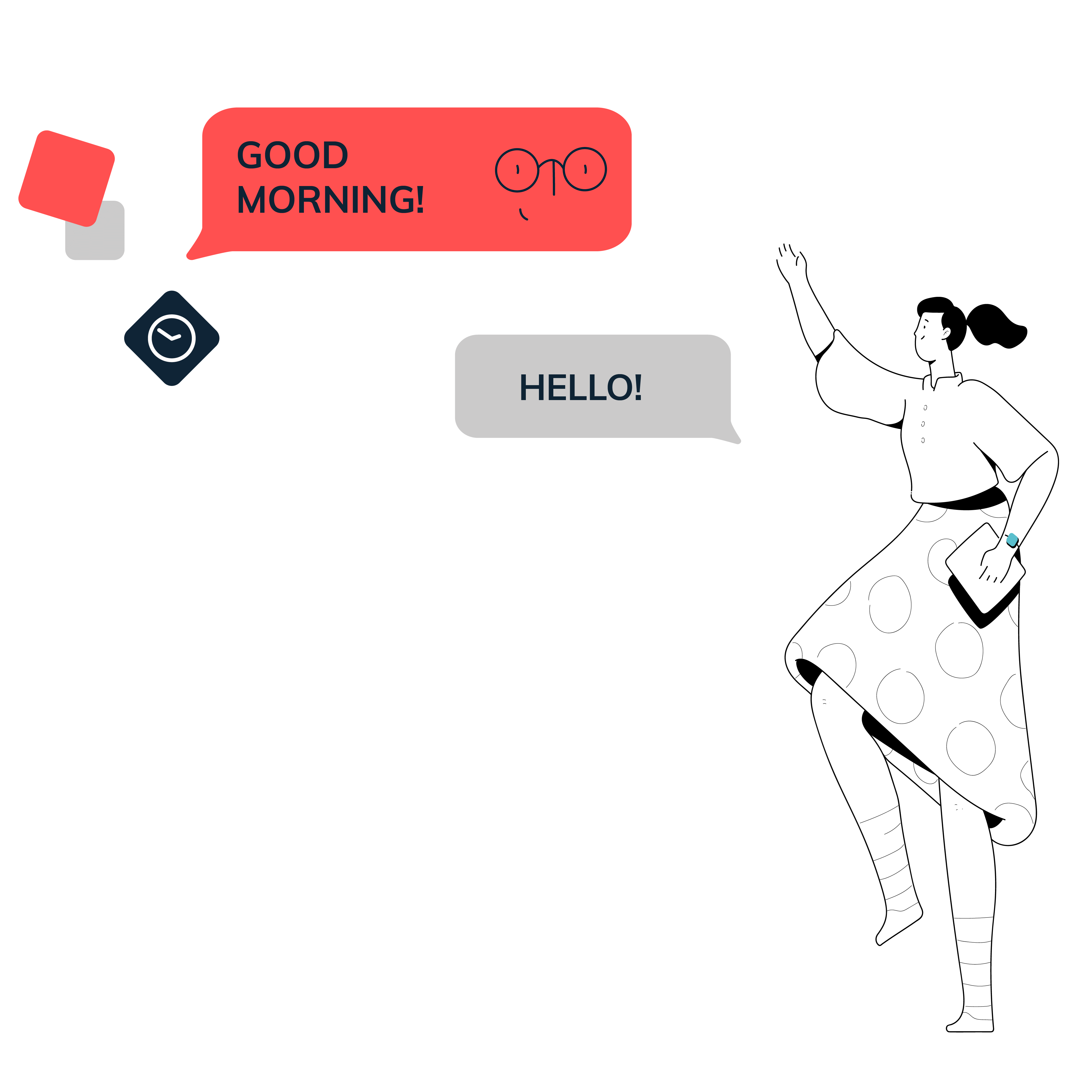 The integration of the CallBot was a complete success and the reception and satisfaction of the customers is proof of it. From the very first moment, technology was put at the service of patients as a solution that would provide them with a way to manage their relationship with Asisa in a faster and more efficient way.

Taking into account that Asisa provides its services to a large number of people, it was taken into account that certain groups would have some kind of resistance when interacting with this type of technology, so the CallBot was proposed as a help (an option) and never as an obligation, if required or requested they would have the option to talk to a customer service agent.

“That said, the acceptance and its evolution over time is not only very positive, but as shown in our monitoring, it follows a growing trend”  HLA says.

On the other hand, the acceptance by the contact center agents has also been positive, since they see this technology as an ally that helps them manage the calls lines from those patients that, otherwise, they would not be able to handle.

Another key indicator of the success of this project has been the great results that have been achieved, of which we can highlight:

In this, as in many other successful cases, it has been possible to demonstrate the effectiveness of CallBots in the management and automation of low value tasks, specifically the management of appointments.  Exceeding expectations, being a great ally for customer service agents and generating great results for those companies that decide to implement them.

If you also want to have results like the ones in this example, do not hesitate to contact us. 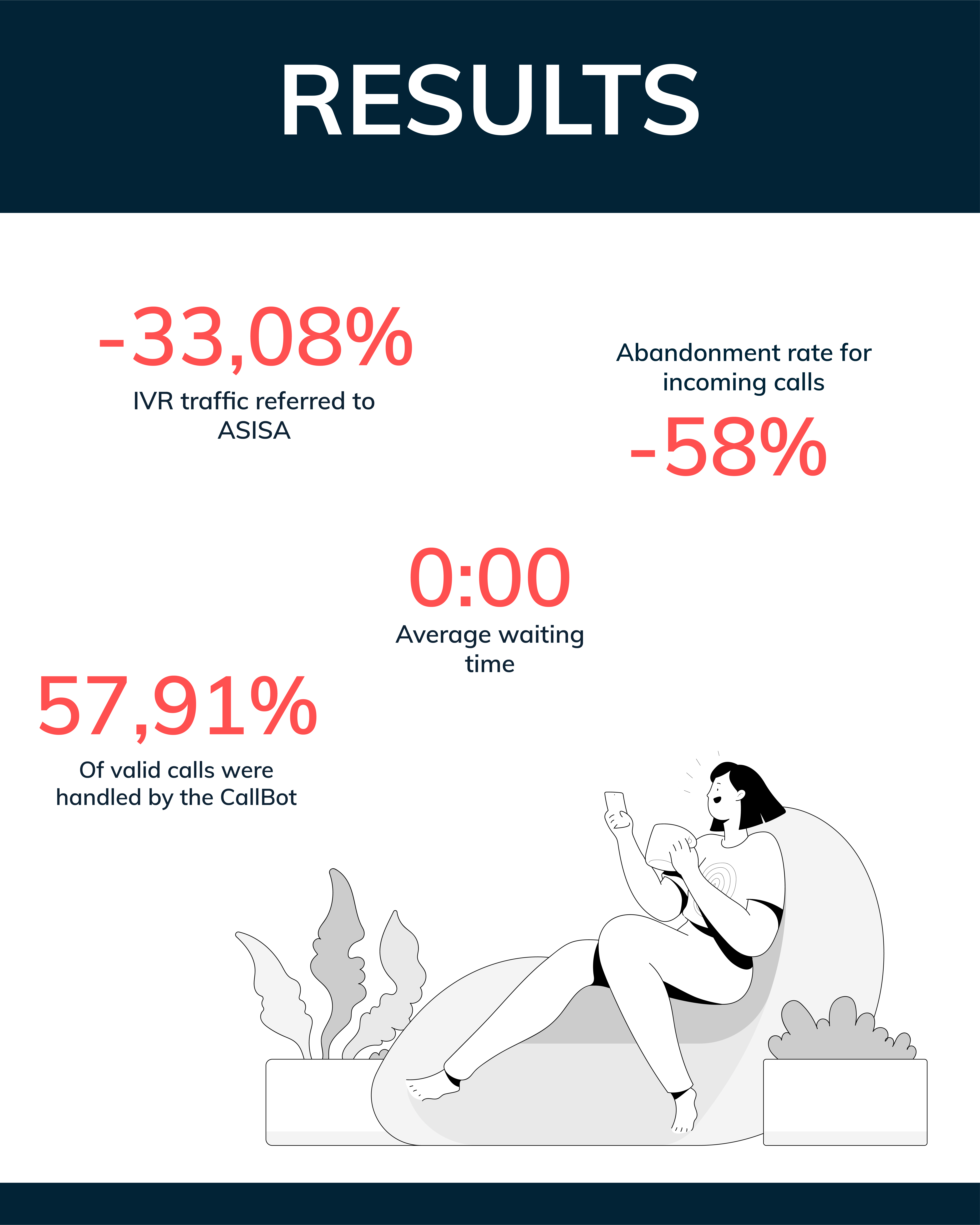